A couple of months ago I made a post on Serbian version of this blog that I cannot get in touch with one of my favorite local artists – BUG. Therefore in the original version of the post I just put a couple of photos. However, BUG soon contacted me J  In fact it is a small crew of two brothers, two great guys, guys from my neighborhood. Here is the story:

BUG stands for Belgrade Underground Geeks, and as a tag associated with some of the best stencils in town it could be seen for a couple of years already. When these guys work they care first about the quality of the final stencil, ie, the technical side. Also they care a lot to have in the right location so that it communicates with the right people, rather than to have it all over the town. that is probably the reason why BUG does not have adequate popularity since their works are not all over the city. More or less, their works could be found just in areas: Vracar and Dorcol. Not to mention that some of their works have disappeared in the mean time, as it happened to their first stencil – Marvin Gaye… 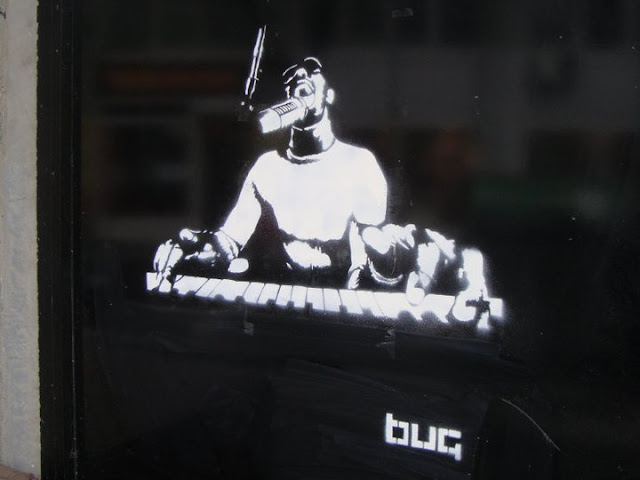 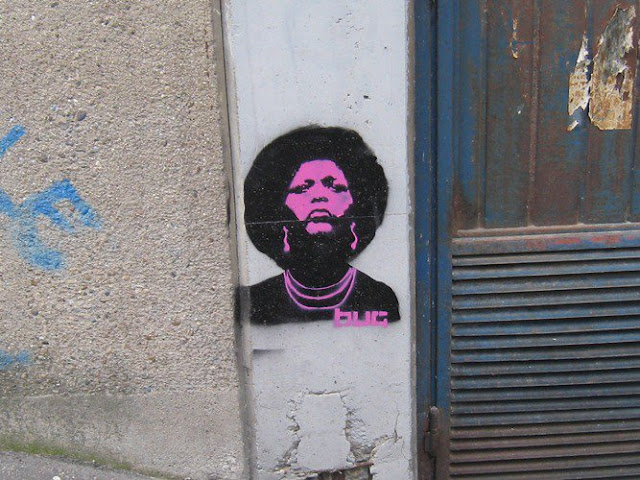 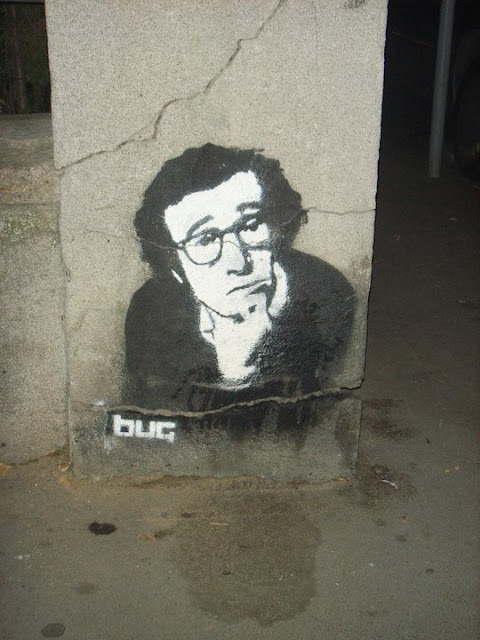 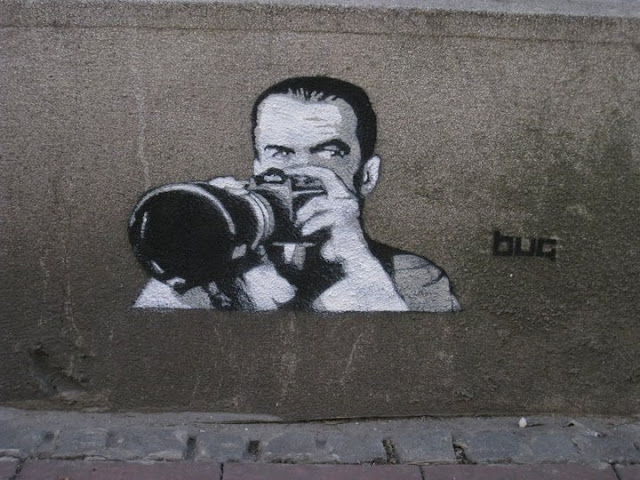 BUG usually works alone and always quietly. I am right now trying to put them in touch with another Belgrade artist – AiR, so we will see what will happen.  Among foreign artists they appreciate most works of Os Gemeos and Blu, but strictly speaking about stencil artists they love most Banksy and his work. They like about Banksy his ideas, good sense for humor and that manages to stay relevant after all these years. 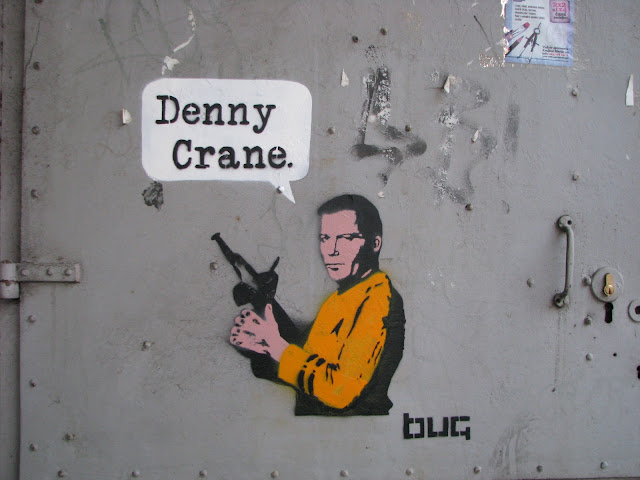 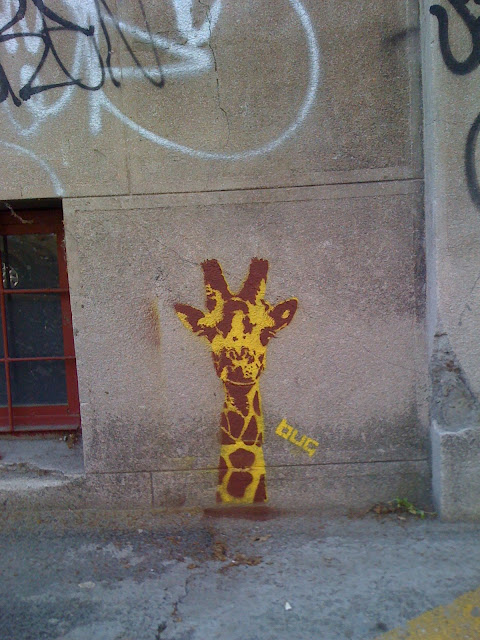 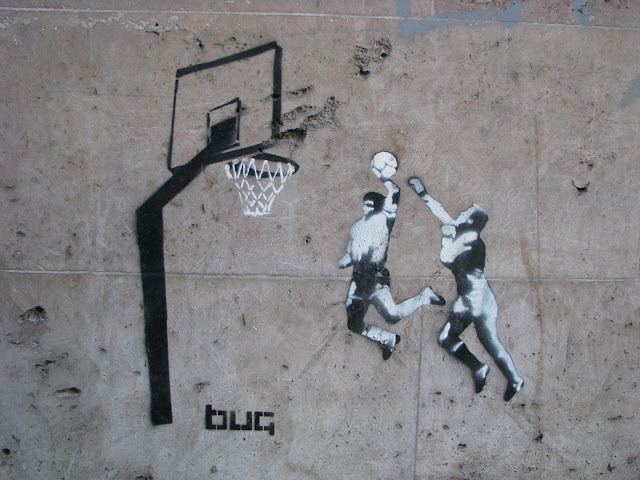 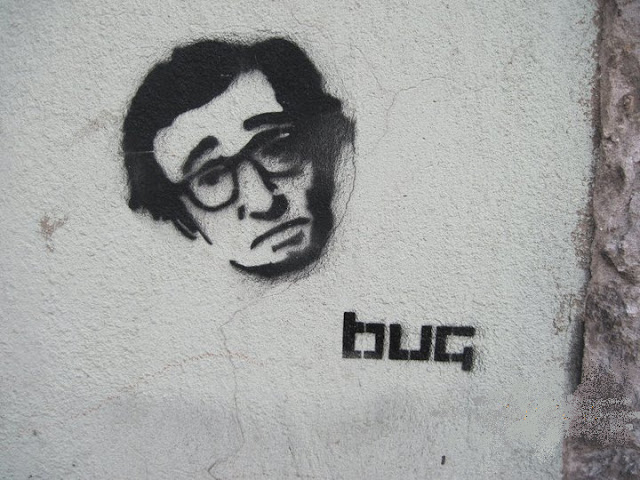 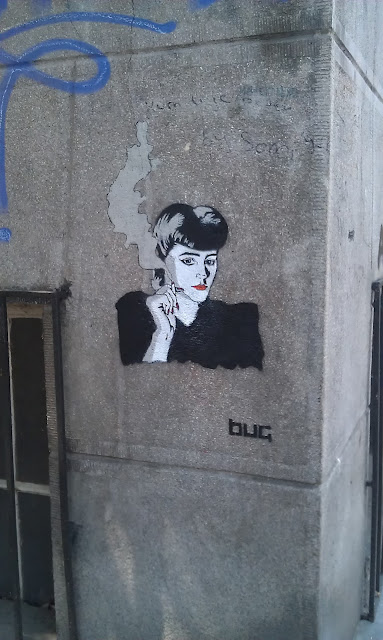 BUG follow what is happening in the street art world for years already and it was just a matter of time when they will start doing their own stuff. What motivates them most the fact that with their stencils they give something new to the city, that they can share their interests and opinions with others. That is why their stencils cover everything from music, literature, sport, movies and everything else that occupies them at the moment.


That was a short story about BUG. Now that I know them a bit better and having in mind their positive energy I am sure that there will be many more texts about their work. 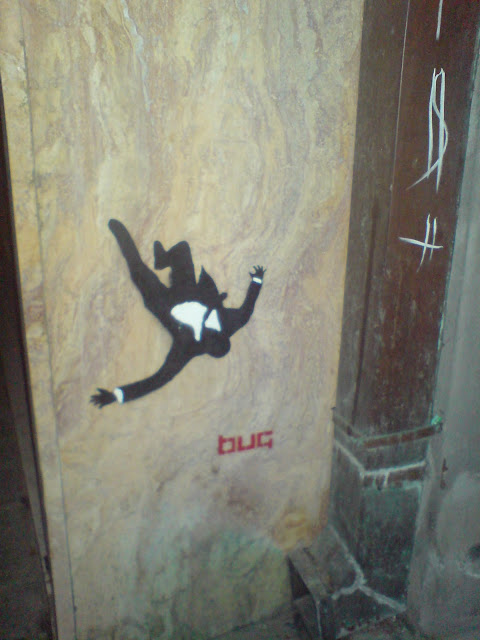 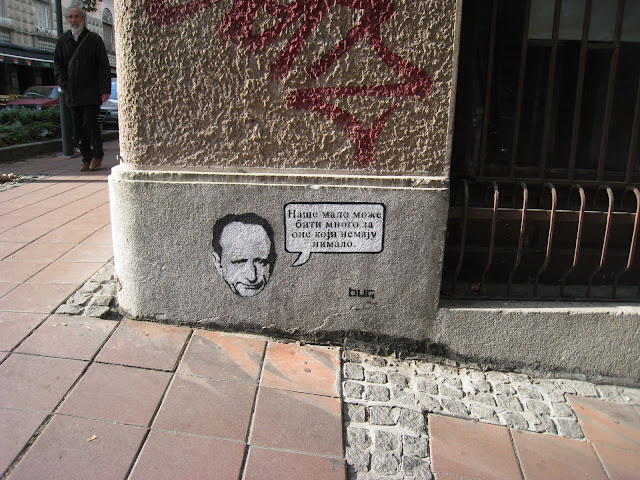 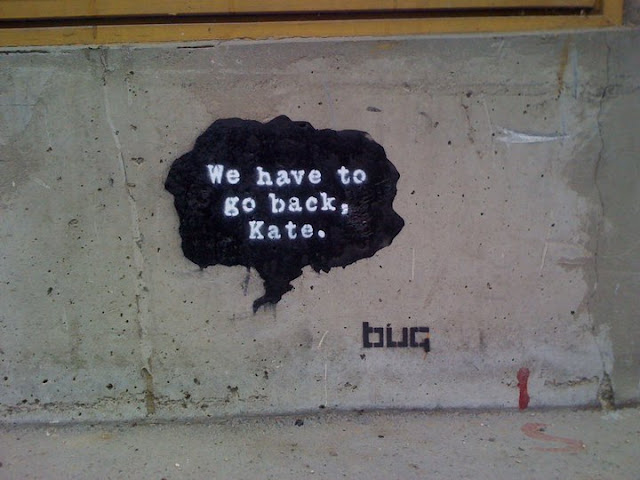